Baptism For The Dead

1 Corinthians 15:29-Baptism for the Dead??
The Mormon Teaching. In 1 Corinthians 15:29 we read, "Else what shall they do which are baptized for the dead, if the dead rise not at all? Why are they then baptized for the dead?"
James E. Talmage says, "These words are unambiguous and the fact that they are presented without explanation or comment argues that the principle of baptism for the dead was understood among the people to whom the letter was addressed." (Talmage p. 149). Indeed, "herein is shown the necessity of vicarious work--the living ministering in behalf of the dead: the children doing for their progenitors what is beyond the power of the latter to do for themselves." (Talmage pp.149-50). 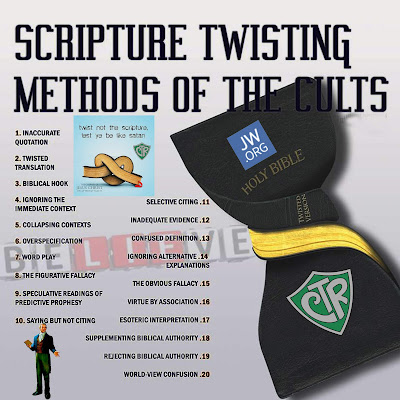 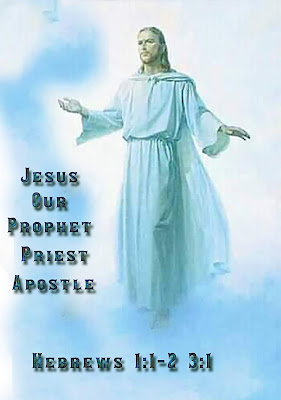 The Biblical Teaching. Even though evangelical scholars offer different interpretations of what Paul is talking about in 1 Corinthians 15:29, they unanimously agree that the Mormon interpretation is incorrect.
Scripture clearly states that this life on earth is the only time we have to choose either for or against Christ. Once we die, all opportunities vanish. Hebrews 9:27 telks us. "It is appointed unto men once to die, but after this the judgment. "
It is critical to recognize that throughout 1 Corinthians, Paul refers to the Corinthian belivers and himself using first-person pronouns ( we, ye, I ). But when he comes to 1 Corinthians 15:29--the verse dealing with baptism for the dead--Paul switches to the third person ("They"). With that in mind, a plain reading of the text seems to indicate that Paul is referring to people outside the Christian camp in Corinth. And Paul seems to be disassociating himself from the group practicing baptism for the dead.
Note the words of Charles R. Hield and Russell Ralston:
A careful reading of this epistle shows that the Apostle Paul writes to the Corinthian Saints using the words "I", "we", "ye", "you", when referring to them and/or himself all the way through his message; but when he mentions baptism for the dead, he changes to "they." What shall they do ?" Why are they then baptized for the dead?" In the verses following, he returns to the use of "we", and "you." Thus he seems to disassociate himself and the righteous Saints from the methods used by those groups who at that time were practicing baptism for the dead.
The Apostle Paul did not urge his hearers to practice the principle, nor did he command it. He merely used the case as an illustration. Paul did not worship the "unknown God" of the pagans because he found an altar to the pagan unknown god (Acts 17:23)....There is no mention of baptism for the dead in the Bible up until Paul---and no mention afterward.
Paul, as well as the other apostles, rather than endorsing baptism for the dead as then practiced, seems to have excercised a counteracting influence upon this ordinance, for it was perpetuated only among heretics.
The Bible contains no specific authorization of this doctrine. Christ does not mention it, nor do any of the apostles, save Paul; who makes only an indirect reference to it. ( Charles R. Hield and Russell F. Ralston, Baptism for the Dead pp.23-24.)
Why do you think the Apostle Paul uses first-person pronouns ("we," "ye," "I") throughout 1 Corinthians in reference to the Corinthian believers, but then switches to the third person ("they") in 1 Corinthians 15:29?
If God desired us to practice baptism for the dead, why is it mentioned only here in the Bible (in the third person) --with no other references? Why aren't there any commands dealing with this kind of baptism?
Why don't Paul or the other apostles command the practice if it's essential for us ( as the LDS church claims today), and why aren't there any guidelines for conducting this practice?
Luke 16:19-31, This passage--dealing with the fate of the rich man and Lazarus --is not a story, nor a parable, but a real event Jesus cited in order to make a point: Once the rich man had died and ended up in a place of great suffering, he had no futher opportunity for redemption. Nothing could be done at that point to ease his situation ( Luke 16:24). A baptism for the dead would not have had any effect on this rich man's -- or anyone else's -- situation.
This emphasizes the importance of Paul's exhortation in 2 Corinthians 6:2: "Now is the day of salvation." There are no opportunities beyond death's door. A person must choose for or against the Christ of the Bible in this life.
It is also interesting that even through the Book of Mormon is supposed to contain the "fulness of the everlasting gospel," baptism for the dead is not mentioned a single time within its pages. How can our activities for the dead be our "greatest responsibility" if they are not mentioned in the Book of Mormon? It doesn't make sense.
Please show me a single clear reference in the Book of Mormon that supports baptism for the dead.
If baptism for the dead is not mentioned in the Book of Mormon, and if baptism for the dead is so important in the Mormon plan of salvation, then how can the Book of Mormon be said to contain the "fullness of the everlasting "?
I do not believe in the Book of Mormon, so my only objective in bringing up these questions is to give yet another example of the major and irreconcilable contradictions in the Mormon doctrine.
Along these same lines, there are several verses in the Book of Mormon that say salvation must be obtained in this life. For example:

Alma 34:31--.."Yea, I would that ye would come forth and harden not your hearts any longer; for behold, now is the time and the day of your salvation....For behold, this life is the time for men to prepare to meet God....I beseech of you that ye do not procrastinate the day of your repentance until the end; for after this day of life, which is given us to prepare for eternity, behold, if we do not improve our time while in this life, then cometh the night of darkness wherein there can be no labor performed."

2 Nephi 9:38---"In fine, wo unto all those who die in their sins; for they shall return to God, and behold his face, and remain in their sins."

If baptism for the dead is the only means of salvation for countless numbers of deceased persons---and an essential means of accomplishing "the greatest responsibility we have in this world " ( the redemption of the dead)---why does the Book of Mormon say that the issue of a person's salvation must be determined in this life??
,

Posted by creeksalmon at 8:47 PM